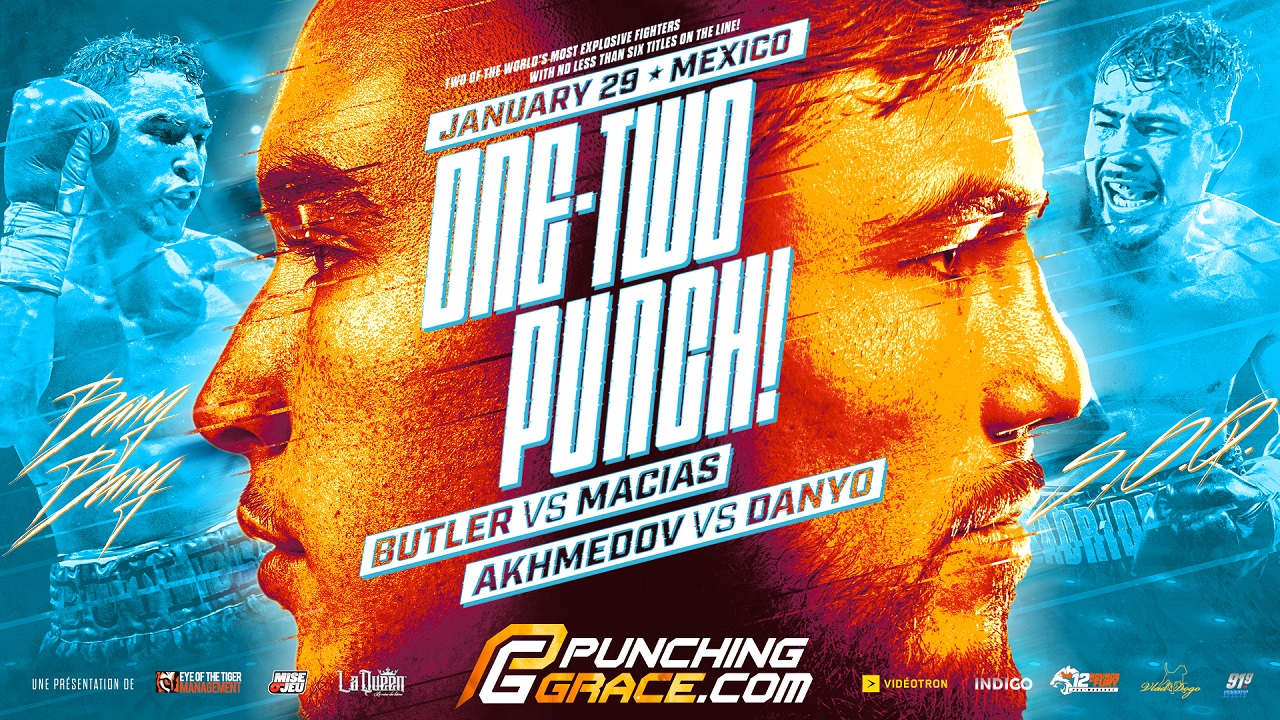 Eye of the Tiger Management and Punching Grace presents the third series edition of the COMMANDO series!

Eye of the Tiger Management will kick off 2021 with this boxing card on Punching Grace on January 29, live from Cuernavaca, Mexico. The grand finale of this event will be featured by the clash between Steven “Bang Bang” Butler (28-2-1, 24 KOs against Jose de Jesus Macias (27-10-3, 13 KOs) where four titles will be at stake. Butler and Macias will battle it out for the WBC Francophone, NABF, NABA and NABO titles. Sadriddin Akhmedov (11,-0-0, 10 KOs) will undergo his greatest career test against Stephen Danyo (17-3-3, 6 KOs). Those nicknamed “SOQ” and “The Chosen One” will engage in a merciless battle to put their hands on the WBA Continental, NABF, WBC Francophone and NABO belts.  Leila Beaudoin will also be part of this card where she will fight her first 6 round bout as well as the professional debut of newest tiger; Chris Guerrero.

FIGHT CARD OF THE NIGHT