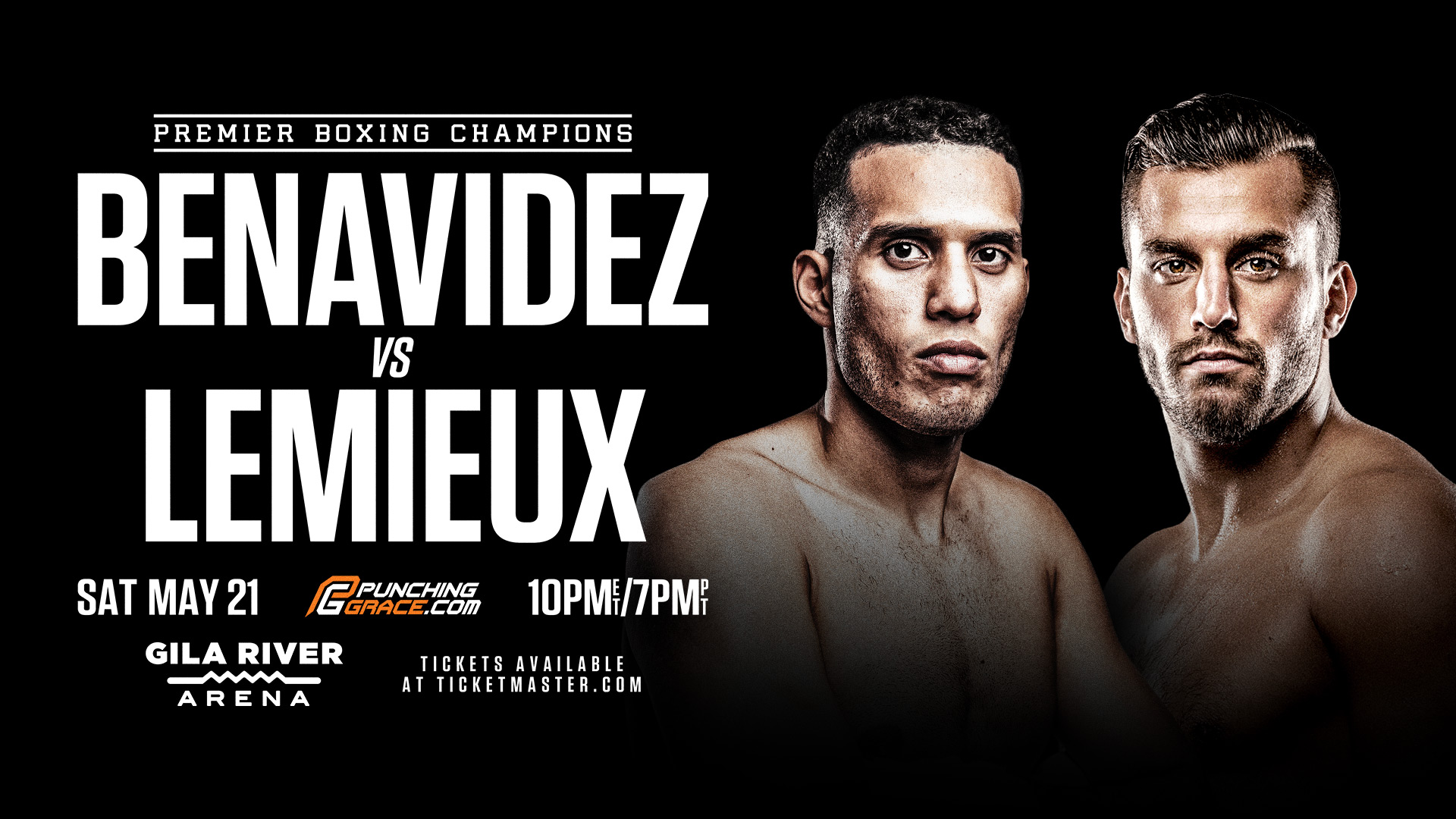 Eye of the Tiger and Punching Grace present: David Benavidez vs. David Lemieux.

The long awaited fight between David Lemieux (43-4-0, 36 K.O.) and two-time world champion David Benavidez (25-0-0, 22 K.O.) for the interim WBC 168 lb. world title has been made official and will be presented on Punching Grace. The event will take place on May 21 at the Gila River Arena in Glendale, Arizona and will be presented as the finale of a Premier Boxing Champions night.

David Benavidez said in a recent interview that he wanted a challenge and this is what the Montrealer will be able to offer him on May 21st given his extensive experience and the danger he represents given his devastating punching power. Indeed, the American athlete has only crossed swords twice with boxers having more than 40 fights as it is the case for Lemieux. Despite his young age, the one nicknamed El Bandera Roja Red Flag, has met tough opponents such as Rogelio Medina, whom he stopped in the 8th round, or Ronald Ellis, to whom he knocked out in the 11th round. His record speaks for itself and makes him a feared boxer.

“Benavidez is a rising star in the boxing world so it’s definitely a big challenge for us. He’s very talented and he’s a great boxer. On our side, it was no longer a question of doing small fights. So this is exactly the kind of opportunity we’ve been looking for, and now we have it. We don’t want to miss the train,” says David Lemieux’s coach and EOTTM Director of Development, Marc Ramsay.

Currently ranked #2 in the WBC, Lemieux already has the legitimacy to face the other big names in the division such as Daniel Jacobs (37-4-0, 30 K.O.) or John Ryder (31-5-0, 17 K.O.) and stage intriguing fights for boxing fans. But to face David Benavidez, present #1 WBC, and get his hands on the interim title is to guarantee himself one of the biggest fights in his career, that is, a duel against the current champion, Saul Canelo Alvarez (57-1-2, 39 K.O.). As EOTTM President Camille Estephan points out, this is also a great opportunity for the Montreal boxer to make boxing history in Quebec by being one of the rare athletes to be crowned world champion in 2 different categories; “He will have the chance to become world champion a second time, and that is very rare. He has been patient, has known a path that was sometimes easy, sometimes difficult. Hopefully now it will be the consecration for all his efforts.”

“This belt, I’ve wanted it for a long time. This fight is the chance I’ve been waiting for to become world champion again. I have been working day and night on my preparation to be 100% ready for this fight. I’m really excited about this fight and I intend to surprise people,” added David Lemieux.

“I’m excited to fight for another belt and I’m training very hard because this is another great opportunity for my career and my future,” said David Benavidez. “David Lemieux still has a lot of power, so I have to make sure I train 100% on all my skills. I’m confident I can stop Lemieux and I intend to give my fans another great fight on May 21.”

David Lemieux will have to put all of the experience he has gained since the beginning of his career, along with his punching power and a game plan that will baffle Benavidez in order to realize his ambition of winning this new world title.